Bridport is on the north east coast of Tasmania, a pretty fishing village with many small cove like beaches.

The caravan park and camping ground extends for ever along the foreshore but was cost prohibitive for me at $25 a night for an unpowered site. It did have lovely beach/bush camping areas though. 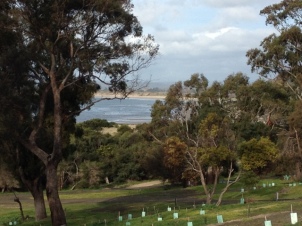 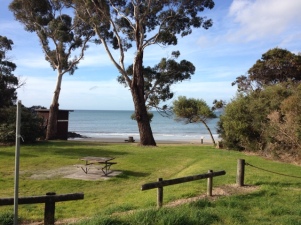 There are extensive walking tracks around the area and along the waterfront that direct you to some of the local historical landmarks like the old jetty. 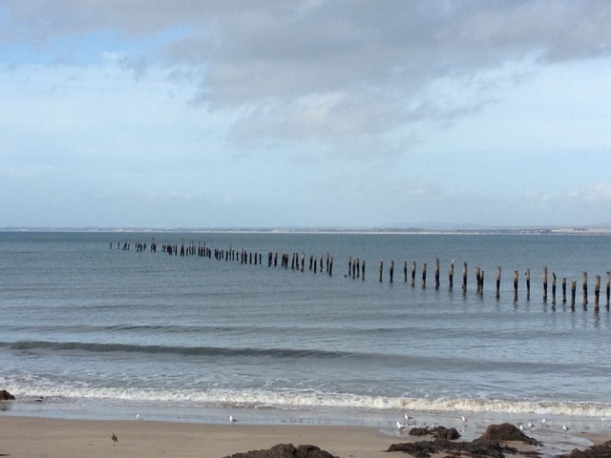 There is lovely safe swimming here in what is delightfully called Mermaids Pool, naturally created by the rocks and the tide. It makes you wish you were a mermaid!

At the entry to the town you cross a small inlet where a couple of fishing boats are moored and I also noticed fish hatchery ponds on the way in. 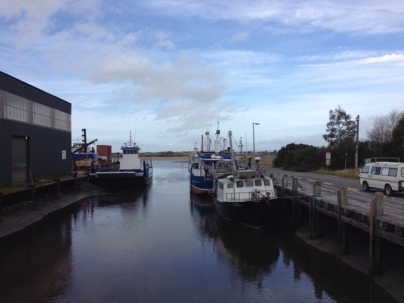 I love the look of these old jetties when you look up the creek the other way! They don’t look too substantial, do they? 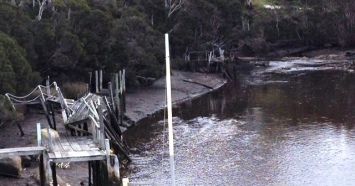 I was in Bridport to get the canvas replaced on Brutus the Beast, my pop top campervan and I can highly recommend Kerry, the Canvas Man from North East Canvas if you need any canvas work done. I know some of my travelling buddies have often needed awning repairs etc, so he’s your man when you’re in Tasmania! He was so quick – within 24 hours the old canvas was gone and a brand new PVC ‘hat’ was installed. 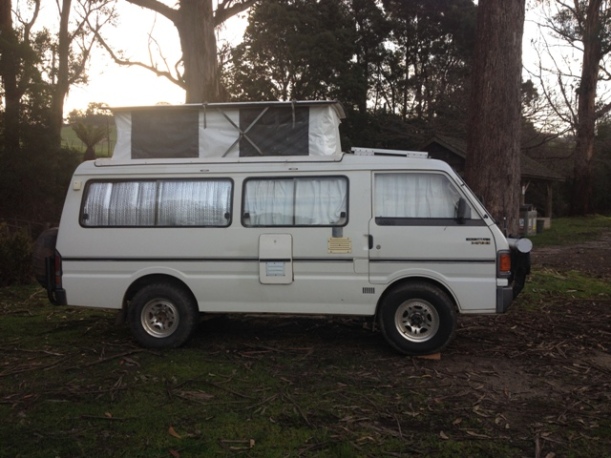 Happy Campers: There is no free camping in Bridport and the caravan park has a monopoly on waterfront locations. There is free camping at Scottsdale, just 20kms away, but that is the subject of another blog!

Tasmania is the most amazing place to travel. There is so much history and at every turn in the road there is so much evidence of this history still to see. Jose and I left Swimcart Beach to travel to a rally in Bridport that we had been invited to, and I was really interested to visit Derby, where my sister had lived in the early 1980’s. She used to live in the old Bank House and I had visited her there for a very cold Christmas one year.

The house Marion used to live in is now a Gift Shop in the rooms that were the bank chambers.

I knew Derby was an old tin mining town but since my last visit they have developed this side of its history into more of a tourist attraction.We really only stumbled across this because of my interest in going to Derby as it is not well promoted as a Tourist Attraction.

The Tin Interpretation Centre at Derby is a ‘must see’ experience if you are travelling that way.It is a beautiful building with an wonderful wall of theatre that tells the story of the discovery of tin in the area and how the early miners harnessed the power of the water to successfully mine the tin. The climax is the devastating flood in 1929, which broke the banks of the dam and spilled billions of litres of water through the town. You can find out a bit more about it here.

There is also a tribute to the contribution of the Chinese miners, and I loved this part of the Centre, as you will see by the number of photos I took of the wall murals! 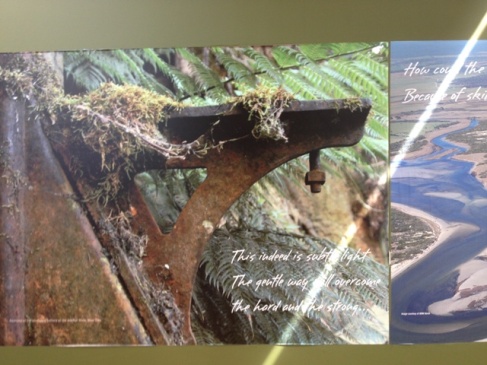 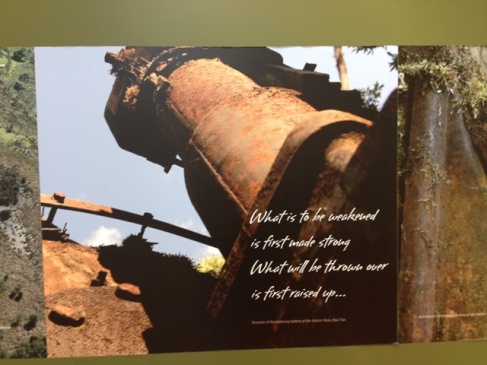 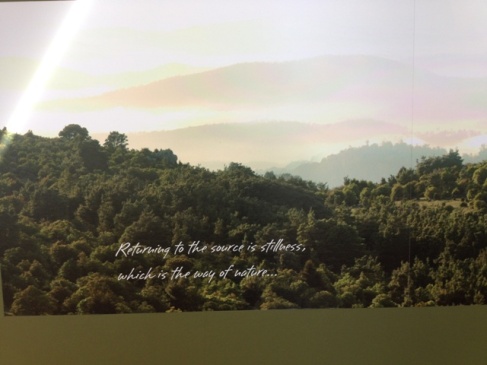 There is free camping at the river on the outskirts of town – a nice grassy area with shady trees and toilet facilities – and it’s close enough to walk into the little town.

We left Derby and our next stop was following a track beside the Ringarooma River which led to an old Chinese miners hut. Inside were story panels of the life of a Chinese tin miner. I found this really interesting, too, and was happy to leave my donation in the tin at the door.

By the time we got to Weldborough we were ready to sample the Tasmanian Boutique beers on tap – they also had ciders available. 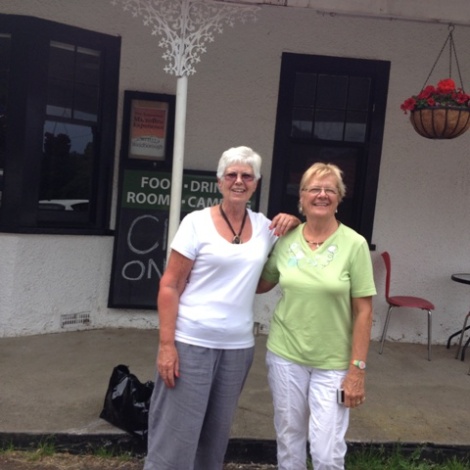 While enjoying our ‘coldies’ in the beer garden we met a couple who were camped at the back of the pub and they told us of a couple of good camping spots to try as we headed west.

Weldborough is on the Trail of the Tin Dragon as it was the site of the confrontation between the Chinese miners and the ‘whites’. The Chinese had walked from Bridport and were on the way to Derby when they were stopped from going any further by an angry mob. They turned around and trudged all the way back to Bridport and came back with a police escort that quietened the mob and gave them safe passage to Derby.

We had planned to stay at Scottsdale that night but the free camp was very crowded so we did our shopping, fueled up our motorhomes, and headed off to Bridport to enter the rally early. It was hot, the roads had been winding and steep, and the roadworks everywhere had contributed to a tiring day. We were ready to stop!

This little map will show you the area I have been talking about and the route we took over the last couple of days. It will also give you an idea of the long walks the miners had when they were landed by boat at Bridport and had to get to Derby! When I think about that I realise that we have got it soooo good these days!