Around this time last year Lucky Bay was a wonderful introduction to Western Australia so it seems only fitting that my last week or so in WA is back here at Lucky Bay. The camp host, Christopher, was also back here, and Richard, who I had met here, also made the journey from Perth. It was a bit like coming home!

And how spectacular it is! I’ve tried to capture the feeling with a new poem called simply, Lucky Bay.

It was great having Richard camped nearby as we shared the cooking and ate our meals together – and Lucky Bay is certainly an experience you want to share. One of our neighbours launched Richard’s boat and we headed off on a fishing expedition one day. I wasn’t the champion fisherman this time. Actually neither Richard or I caught anything worth keeping but Rob, our companion, caught a decent size squid.

A friend of Richard’s, Jay, came from Esperance to camp for a couple of nights and took us out 4-wheel driving along Rossiters Bay and Dunn’s Beach and then up into the sand dunes. Just spectacular and something I’ve never experienced before. If you have a 4-wheel drive you can drive from Le Grande beach all the way back to Esperance on the beach,too.

The sand at Lucky Bay and nearby beaches is pure white, and Lucky Bay didn’t disappoint, with the friendly kangaroos lolling on the beach and around the camp sites. One night a kangaroo polished off the remains of some very spicy salad dressing out of my bowl so I think their tastes are very cosmopolitan due to the number of people from all around the world that stop here. They were obviously comfortable enough to stop and feed the joey one night right under Richard’s table! 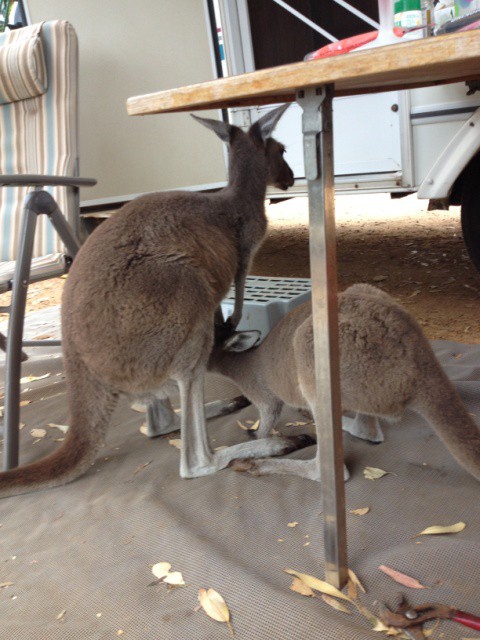 Time for a drink!

Richard had the view from his campsite so it was the meeting place for Happy Hour – nothing better than a glass of wine, a spectacular view, acrobatic New Holland Honeyeaters in the trees, and good conversation. 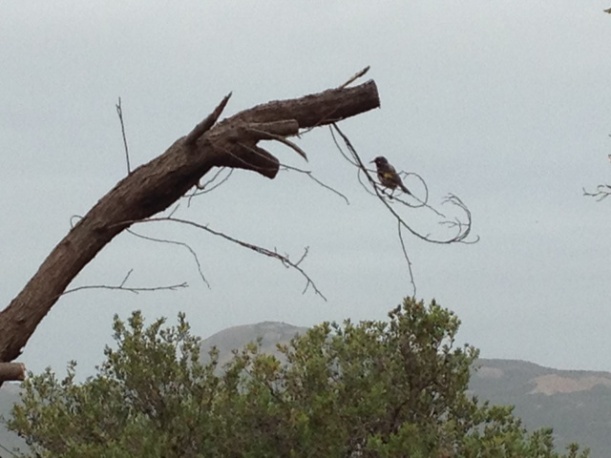 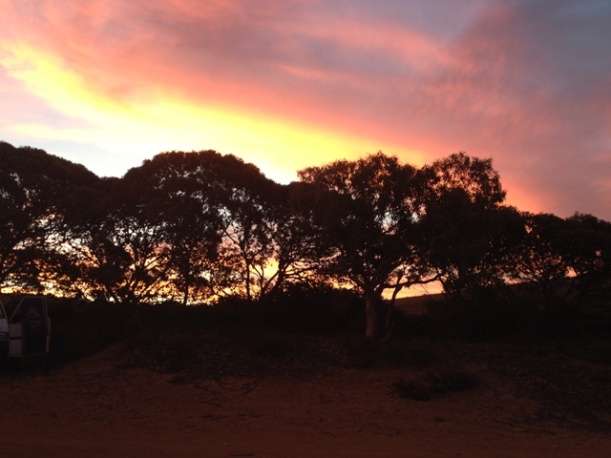 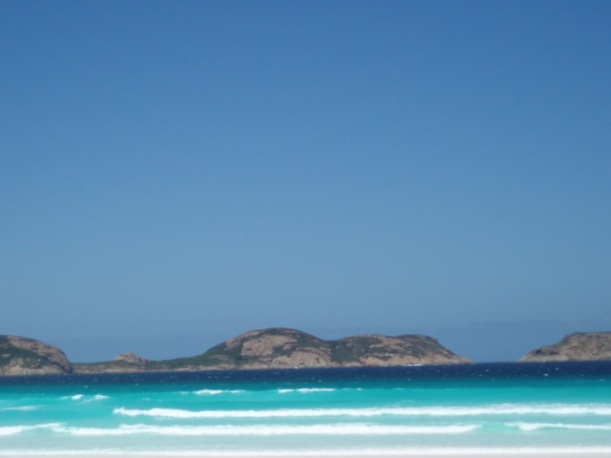 Oh dear, does this really have to end?