I’ve had a bit of a break from blogging over the last 6 weeks so thought I’d better catch you up on where I’ve been and what I’ve been doing…. I have not been stationary ….Far from it!

The first stage of my journey south from Port Hedland took me to some wonderful camping spots, most of which I didn’t photograph – I think I was suffering from technology resistance! Anyhow I’m over that now, so here goes. I was on a mission to get to Oakabella Homestead, between Geraldton and Northampton as the manager, Loretta, had asked me to be camp host for a couple of weeks while she had a break from the daily grind. Here’s my trip from Port Hedland to Oakabella. 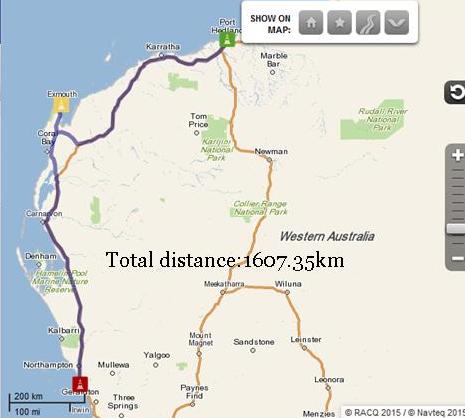 I travelled this 1607km journey in 14 days and during this time split with my travelling buddies as they went inland to Karijini National Park and I hugged the more direct coastal road.Some of my stop overs included a free camp at Yule River, where I was greeted by a happy little dog that looked vaguely familiar. Sure enough it was Pip, who led me off to see her owner Laurie who was camped here too. José was travelling with me to Karratha, Faith was travelling with Laurie, so we had a good night around the camp fire catching up on who had been where since leaving the rally in Penola. 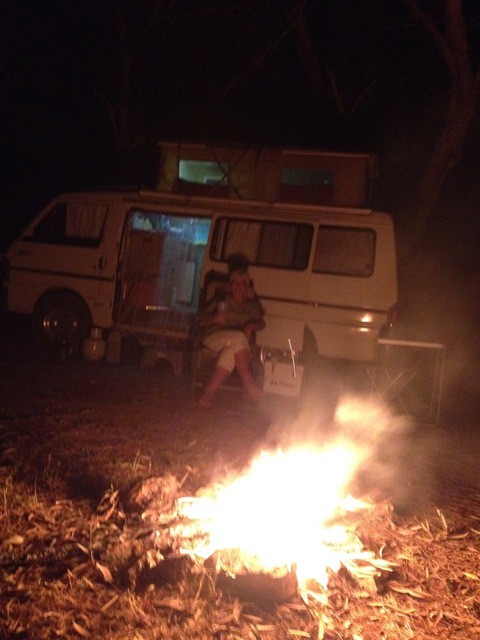 Yule River was a good camp so I decided to stay a couple of days. José left to visit her son in Karratha, then Laurie and Faith left and I thought I’d have some time by myself and stay another day…..uh oh, is that Glenys pulling in? So much for time alone but it was wonderful hearing all about her overseas travels and looking through her photo book. After a coffee at Whim Creek together the following day she headed south and I meandered to my next stopover at Cleaverville, just north of Karratha. The Whim Creek Hotel has only recently re-opened and offers free camping overnight in the grounds. It’s a busy pub with a miner’s camp adjoining it. 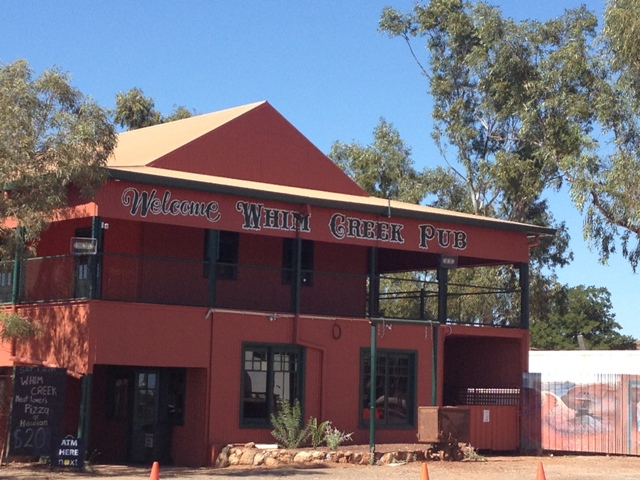 So many of my friends had stayed at Cleaverville that I was looking forward to some time there. I checked in with the caretaker and asked for recommendations on where to camp. “Just over there would be a good spot” he said, ” and there’s another lady over there who is travelling by herself”.  I followed his directions, set up camp, walked around to the other side of the shrubbery – and there was Robyn. Our happy hour together was even better when a fellow camper gave us 3 mud crabs to feast on – yum!

On the way to Cleaverville I detoured to the historic town of Cossack. 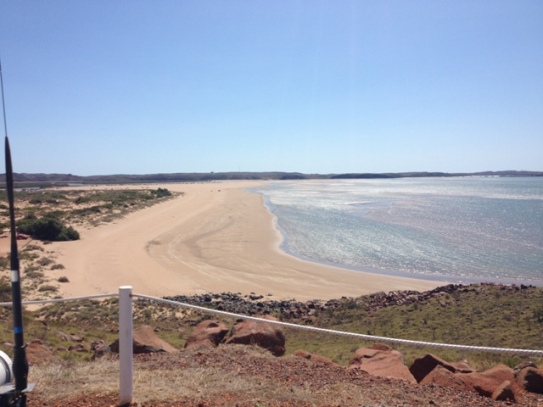 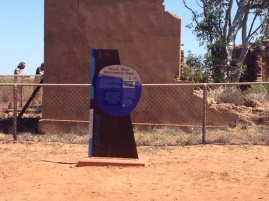 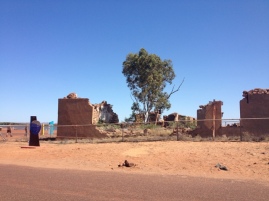 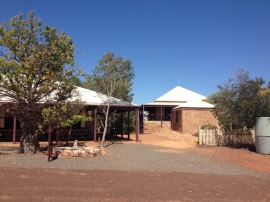 You can have a coffee here! 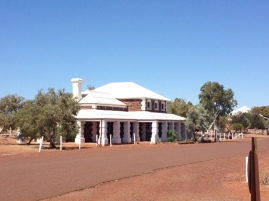 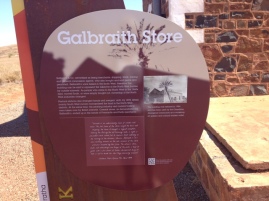 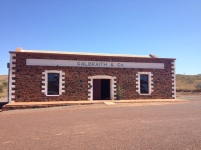 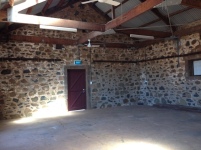 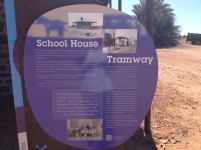 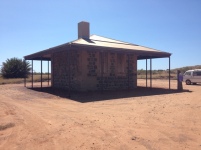 After 2 nights at Cleaverville I was on my way again, next stop Dampier where I caught up with Robyn again. It was full moon and low tide so she offered to drive me to Hearson’s Cove to see Staircase to the Moon. 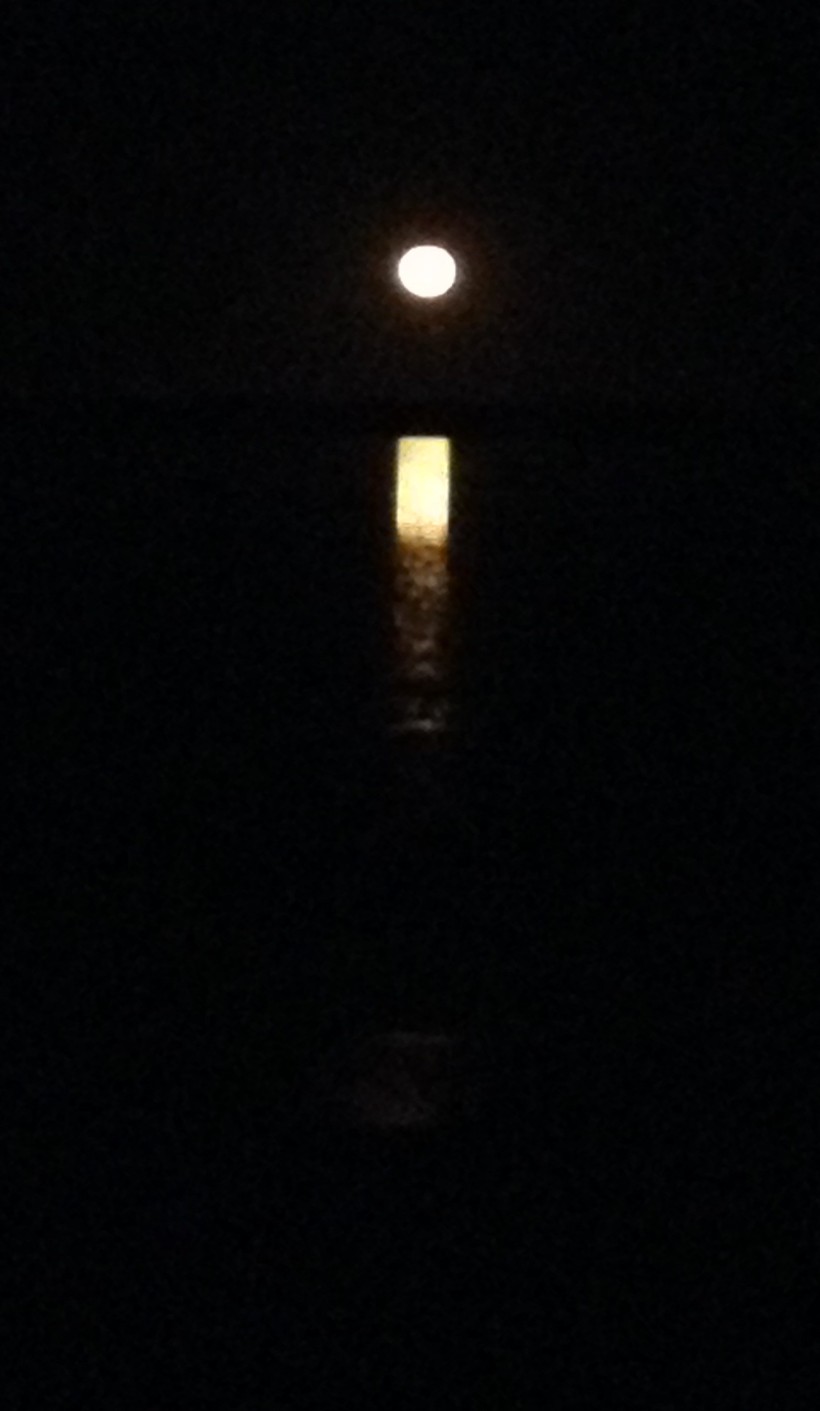 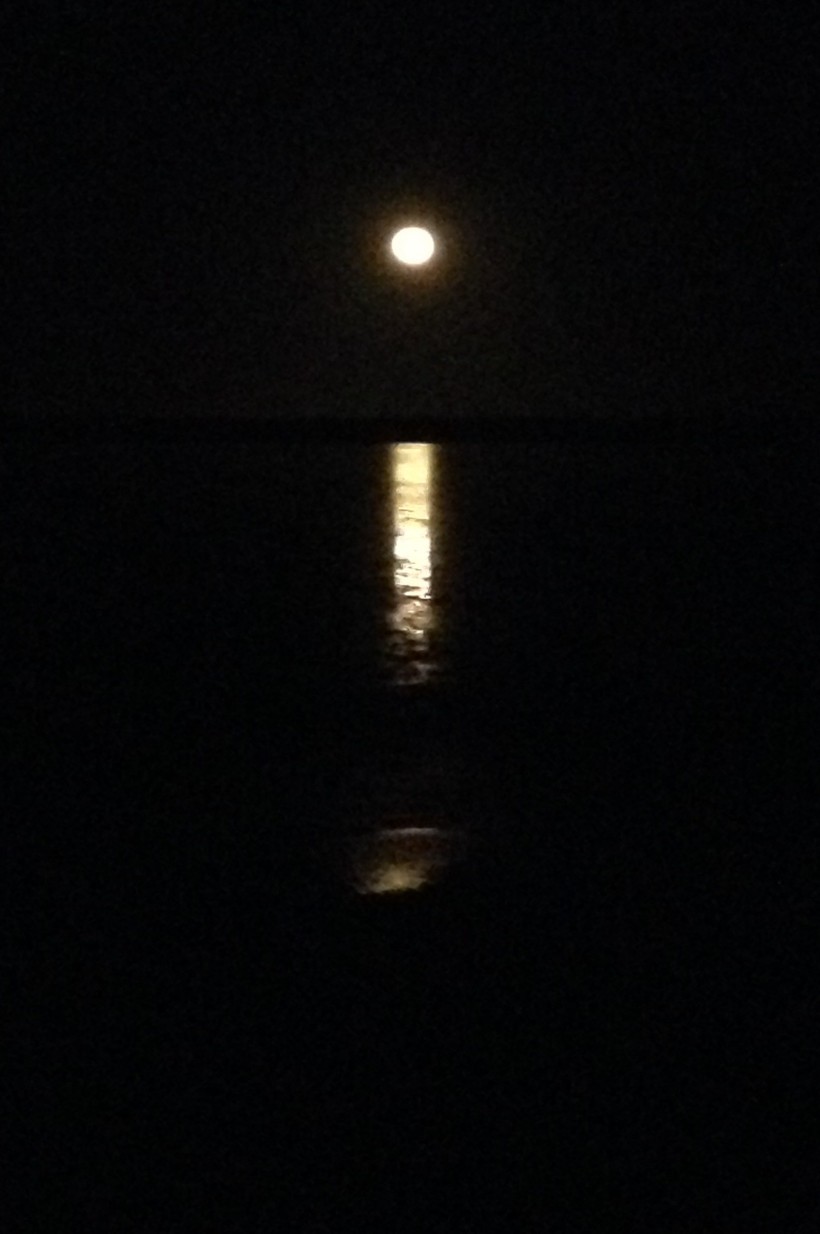 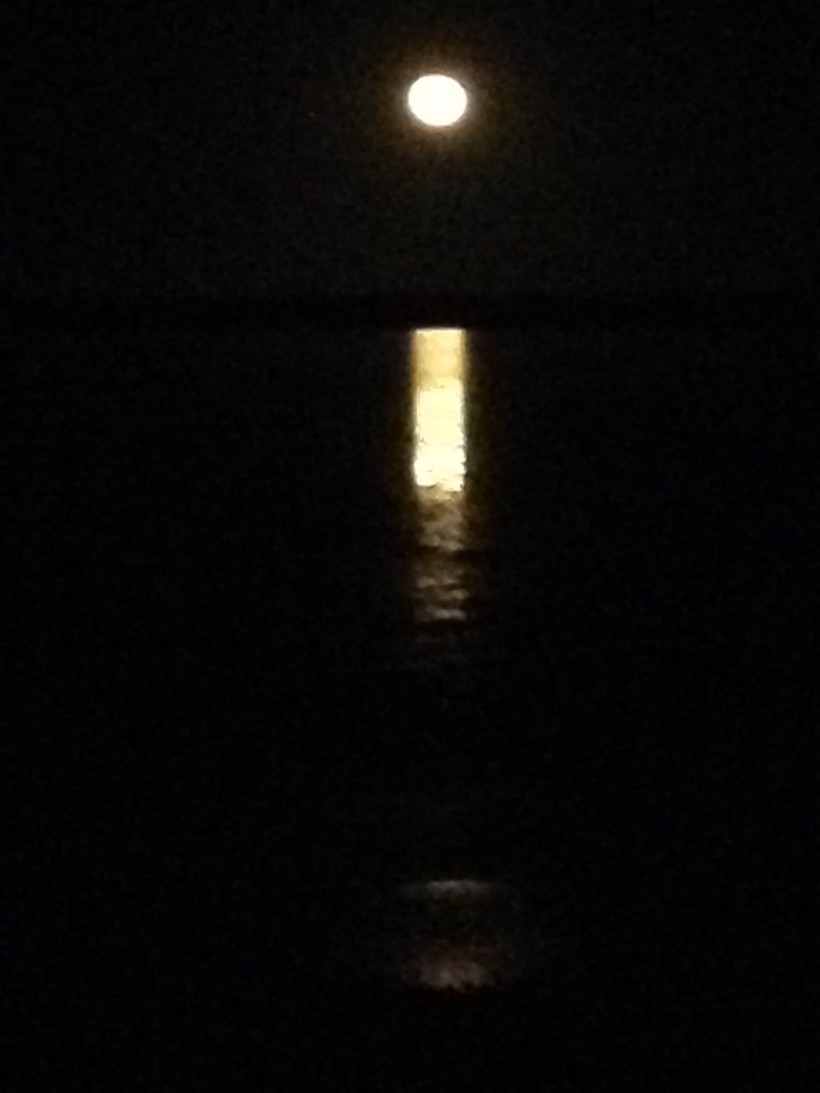 My next stopover was another great free camp at Robe River where I once again caught up with Laurie and Faith. It was here that I discovered I had a major gas leak so I wasn’t game to turn my fridge on. Fortunately it was fairly bare and the nights were cooler so nothing spoiled but it did cut short my stay as I had to plug into power to keep the fridge running when I wasn’t driving so I pulled in to an old favourite, Bullara Station, for the night. We had damper around the campfire and I offered to do some of my bush poetry so it was a great night and I met lots of new people. Here’s a reminder of what’s on offer at Bullara Station, on the way to Exmouth, with some photos from last year’s visit. 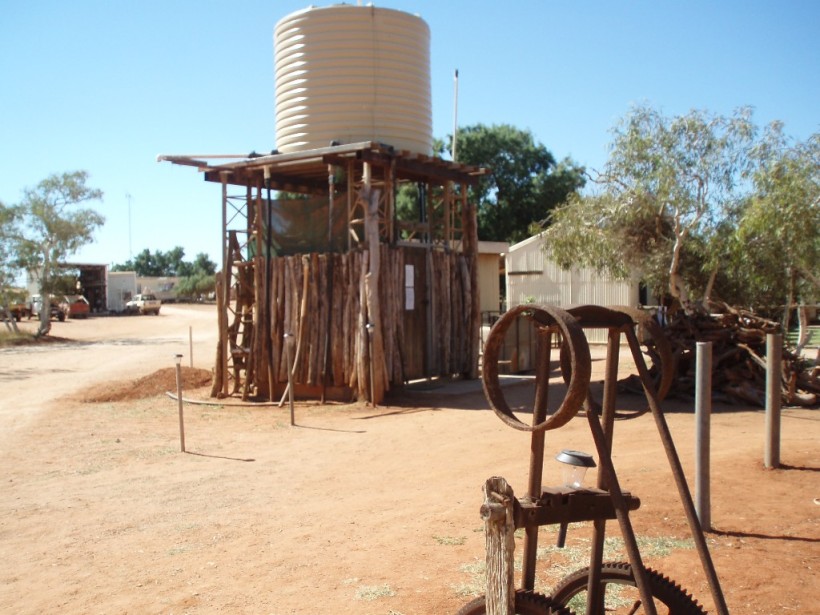 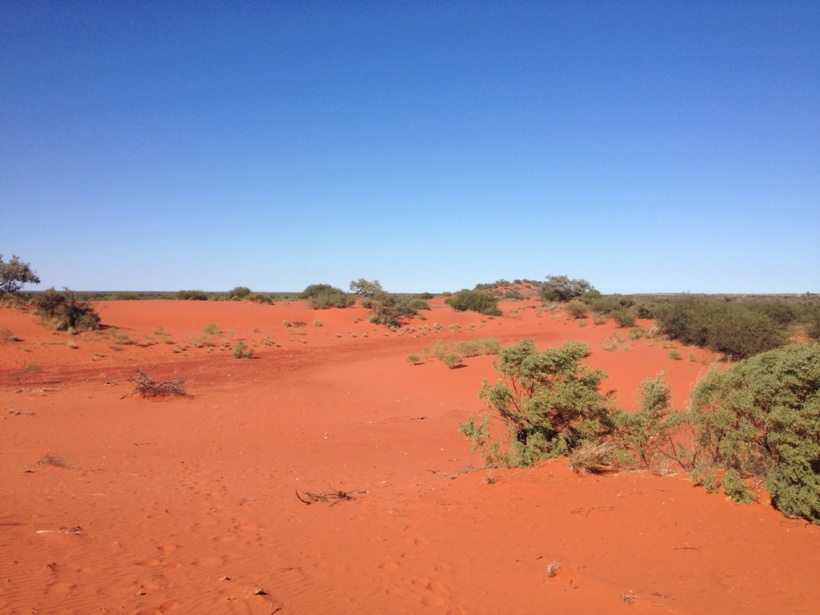 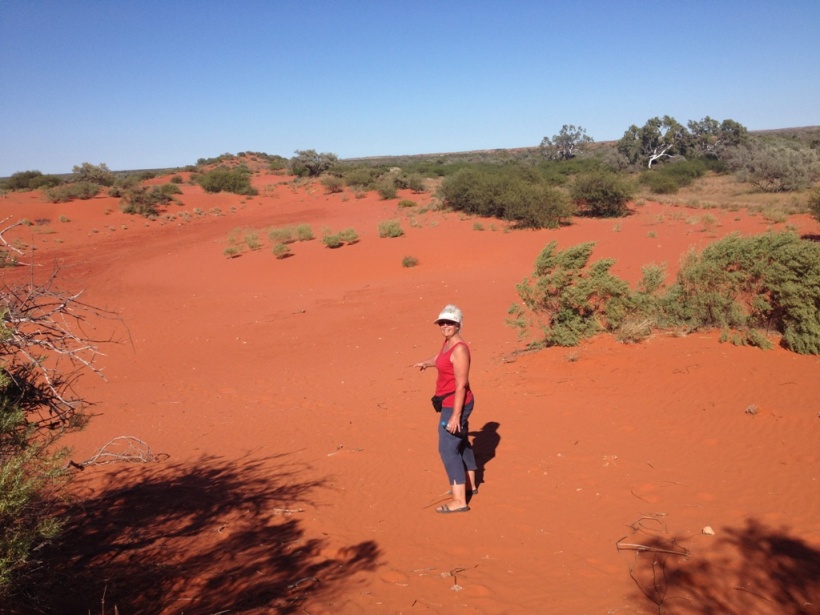 My original plans were to bypass Exmouth but the gas leak forced me to change those and I thought I was lucky to find a gas mechanic who promptly came to my van, did a few things, took $50 for his trouble and declared the problem solved. What a relief! I took off for another old favourite,14 Mile Beach (Warroora Station). The drive in was horrendous, 23 kms of rough corrugation but I thought I’d have about 3 nights there so it made it worth while. Imagine my horror when I turned on the gas at the bottle and I still had a gas leak! No fridge again! And the thought of turning around and leaving via that same rough road the next day caused a few bad words to escape my mouth – glad there was no-one camped nearby! To focus on the positive I wrote my poem, The Frozen Mosquito, which was the subject of another blog entry.

The next day I got out the compressor, let down the tyres, put Brutus into 4WD, and tackled the trip back to the main road. Letting the tyres down is easy but pumping them up at the other end was a time-consuming and dirty job, however it did make the 23km journey a lot more comfortable so it was worth it.

Next stop Carnarvon – and a gas repairer. This time I struck gold, (and parted with some), but drove away with a new regulator and NO gas leak. I’m a happy girl!

My last stop before arriving at Oakabella Homestead was at Wooramel Riverside Retreat. What a find! It has hot artesian tubs to relax in, native birds nesting in the old river gums – and Cherri and Pat who I had met at Robe River were there too! 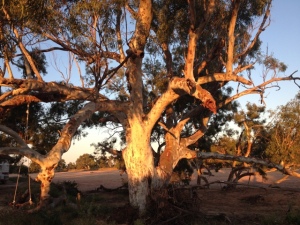 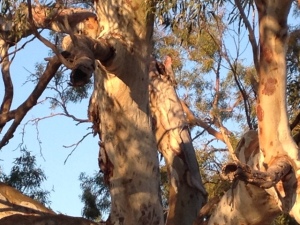 A galah claims this hollow for a nest 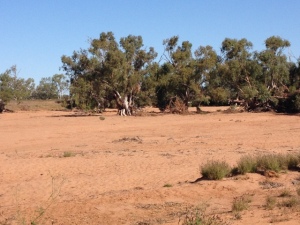 Dry river bed when I was there… 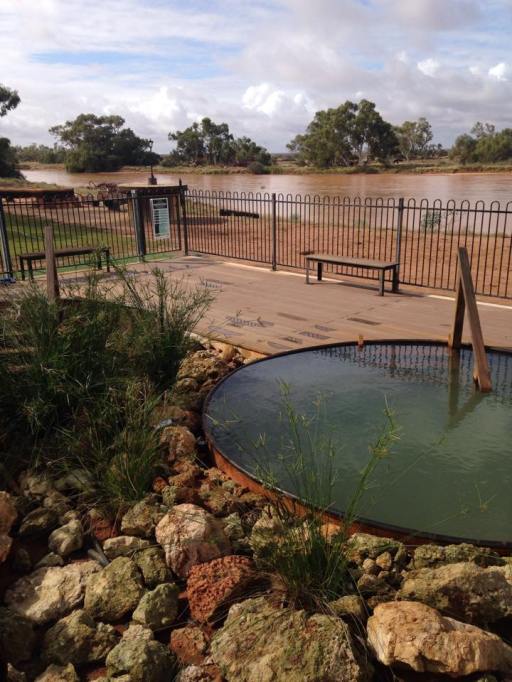 My life of leisure was over for a couple of weeks as I settled in to life at Oakabella Homestead. I got more than I bargained for as I ended up opening the cafe 3 days each week when Loretta found herself short staffed at the last minute. The only things on the menu when I worked, though, were tea, coffee and scones, which were already prepared and ready to heat and serve! I did learn how to make a good cappuchino! By the time Loretta’s holiday was over I was ready for mine – not used to this working caper.