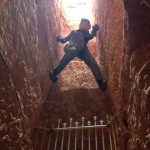 Why? Because most of the town is underground! Its not only opal mines that are hidden beneath the surface…even if they didn’t find opals, those clever miners discovered that the temperature underground was a lot more bearable in the raging summer heat and also when they plunged to zero on cold desert nights. Coober Pedy is on the Stuart Highway between Adelaide and Darwin on a route first forged by John McDouall Stuart in 1858.

Once known as the Stuart Range Opal Fields, Coober Pedy was renamed in 1920 and is the anglicised version of the Aboriginal words kupa piti, which means ‘white man in a hole’. How appropriate! The landscape around Coober Pedy is one of dry and dusty mine heaps but has its own appeal when you know that nearly everything is below the surface.

In summer the daytime temperatures can reach around 50degrees Celcius, and in winter the overnight temperatures can plummet to around zero. The underground homes that have been built have a constant temperature between 23 and 26 degrees Celcius year round – no need for air conditioning or heating! You can tell how many rooms an underground house has by counting the ventilation pipes that dot the hillsides. We visited Faye’s Underground House and also had a look at one when we went to the Old Timer’s Mine. The rock they have been dug into is reportedly one of the most stable rocks in the world and shows no signs of movement after many years.

The Old Timer’s Mine was a great experience as it walked you through the underground tunnels with loads of information about how the miners operated before machinery made their job just a little easier. 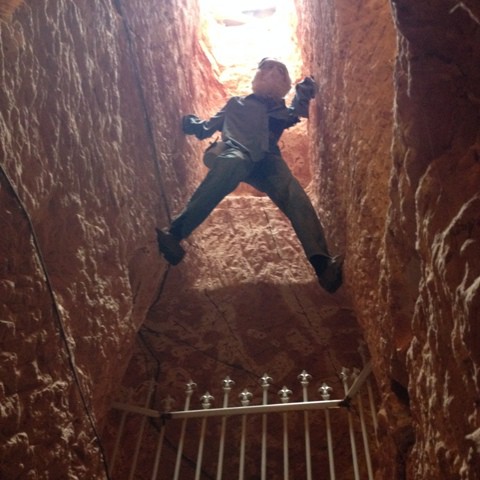 The miners dug only the width they needed to get their bodies down the shaft.

I’ve got my hard hat on!

It would have been hard going with picks and shovels. 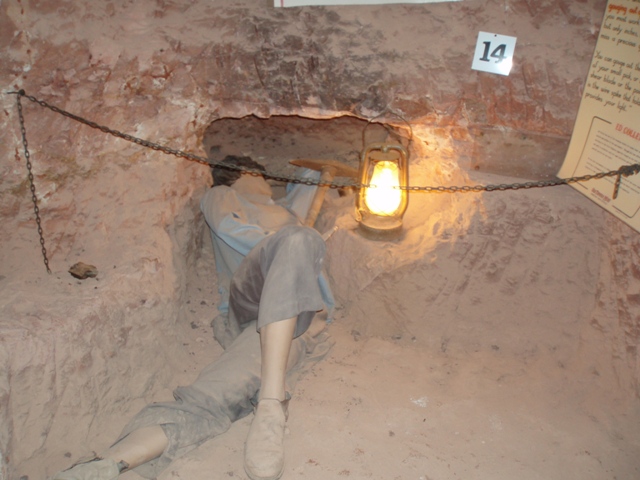 Can you imagine just chipping away hoping to strike it rich!

Perhaps the highlight of the underground lifestyle was the magnificent Serbian Orthodox Church. Look at the amazing patterns created by the machinery. 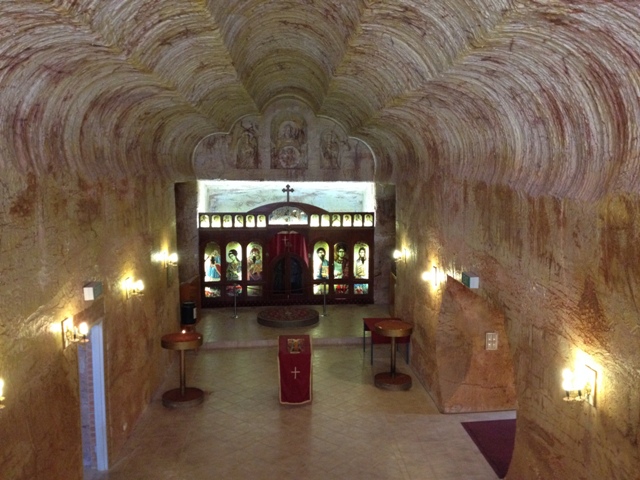 Our camping ground at Coober Pedy was behind the Clothing Barn and it was like a mini Solos Rally there were so many of us there at the same time. As you can imagine there were some great happy hours!