The landscape changed when I left Cloncurry. No longer the flat plains of Mitchell Grass, there were now hills and spinifex – and more and more ant hills. 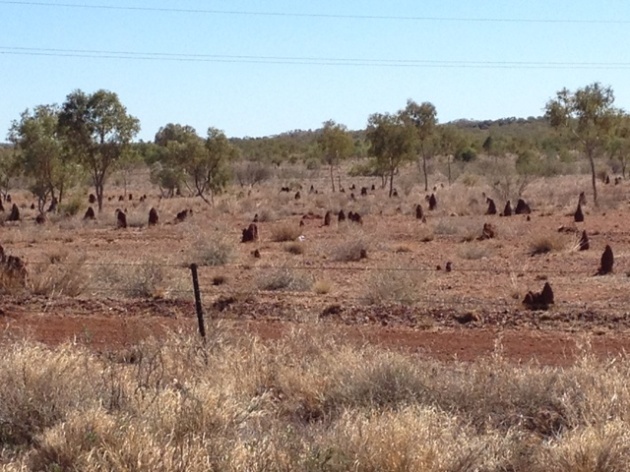 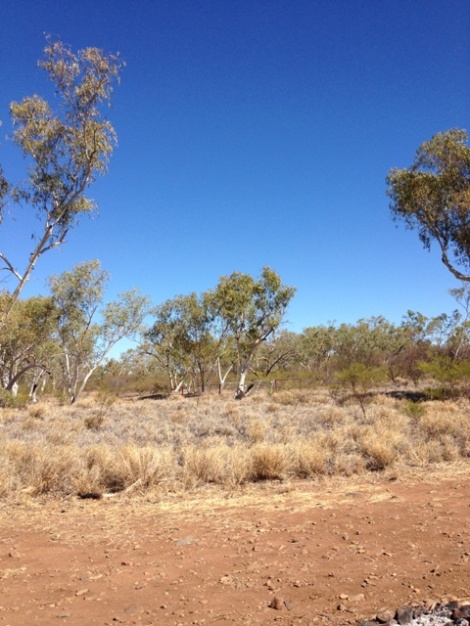 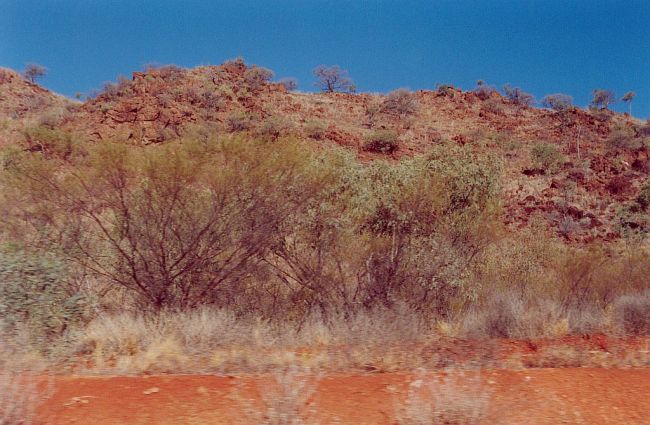 Before I arrived at Corella Dam there was a sign to a Burke & Wills memorial, so I detoured off the road to check it out. 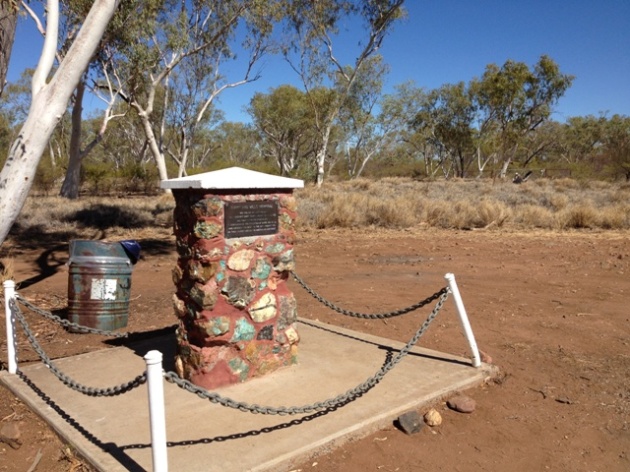 Did you look at that memorial and think “Why on earth did they paint all those rocks in different colours?” Well, I did! Now I know that they are the natural colours of the stone in this area.

You could probably free camp here – it was off the road and below road level, but I was on a mission to get to Corella Dam.

Lake Corella was constructed in 1959 for town water for Mary Kathleen Uranium Mine. When full it has a surface area of 320 hectares and holds 15,300 ML of water at an average depth of 4.8 metres.

That’s the educational stuff. Let me tell you that where my van was parked I was assured it would have been under water 2 years ago – the dam level is VERY low.

My comfortable camp at Corella Dam

It was Saturday afternoon when I arrived at Corella Dam and I didn’t have to be in Mt Isa until Tuesday so I set up my ensuite tent, put up my awning and settled in for a few days. Although beautiful clear skies, it was quite windy so the bush poet in me penned the following:

The wind blew up at Corella Dam

So I tightened all my ropes

I was worried about my ensuite tent

But it’s living up to my hopes.

although it’s bending this way and that

and flapping in the breeze

I sent a silent prayer to the lord

“Keep it tied down, please.”

“And keep my awning firmly fixed

and everything else in place

Because if things take off and fly around

I’ll go so red in the face”

Everyone would guess I was new at this

While I try to show confidence

But they’d soon discover my secret

And my lack of experience.

So “please lord, keep my loo tied down

Don’t let it fly away

To land in the next door neighbours camp

And really wreck their day.”

This was the first time I had really set up camp since Fletcher Creek and I enjoyed sitting out in the sunshine reading my book or doing my Sudoku puzzles – or doing nothing at all. My neighbours on both sides were really friendly and we met for happy hour each day. One of the guys had a canoe and went out dropping nets to catch red claw every day, and every day he would bring them in again – empty! The nets were getting torn and he wasn’t sure why but on one of his paddles to the other end of the dam he discovered dozens of small fresh water crocodiles and figured they were probably the culprits. Glad they didn’t venture down to where we were camped.

I took dozens of photos of the hills opposite my camp, trying to capture the colours, but no matter how many I took the results looked washed out compared to the originals. The other interesting thing was that at first look they seemed rich red and ochre coloured but after a while I saw so much more pink in them.

Every morning brolgas came down to the water to catch their breakfast but I found them extremely camera shy. 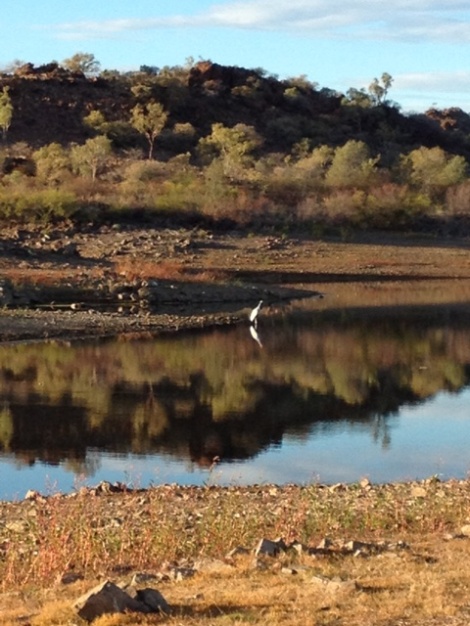 Brolga having breakfast at Corella Dam

I watched the pelicans for hours, drifting up and down and feasting on whatever they could catch. They certainly didn’t go hungry.

We were treated to a full moon while at Corella Dam. It rose in the east as the sun was setting in the west – spectacular! One thing I’ve noticed here is how much later sunset is – it is still quite light at 6.30pm. At the other end of the day, it is still quite dark at 7am! 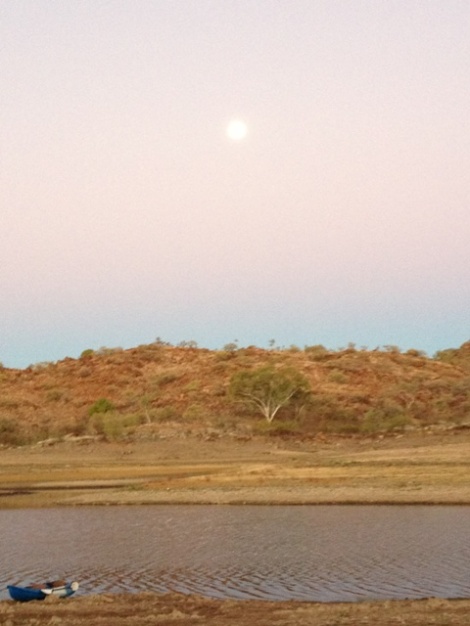 Tuesday morning and it was time to head to ‘the big smoke’ – in more ways than one! My gas for the fridge ran out during the night, my lantern ran out of battery so I finished reading my book by torch light, and my porta-loo really needed emptying. I packed up, said goodbye to new friends and headed to Mt Isa, only about 60kms away.

Today I start my house sitting adventure. I wonder how I’ll feel being stationary after my 3 weeks of being on the move. Is it really only 3 weeks?