I wondered about using ‘historic’to describe Ross as so many places in Tasmania could easily have this descriptor, but Ross somehow fits it so well.

You detour off the Midland Highway to discover this pretty village which has done its best to preserve many of the old houses and landmarks that Ross is now famous for. Ross is about a 1-hr drive (78 km) south from Launceston and a 1 hr 30-min drive (121 km) north from Hobart. 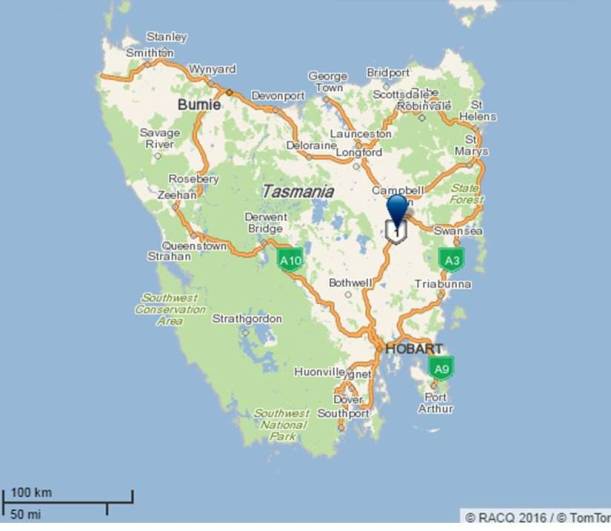 Ross was first surveyed in 1807 and when Governor Macquarie visited in 1811 he named the river after himself – how’s that for an ego! Ross was proclaimed a town in 1821 and has built its reputation on the superfine merino wool that is produced in the surrounding area.

At the crossroads in Ross the intersection is known as The Four Corners of Ross, each corner named to reflect the character of the building located on that corner. There is Temptation (the pub), Salvation (the Catholic Church), Damnation (the town gaol) and Recreation (the Town Hall). Easy to see where my interest lies as I only took a photo of Temptation and luckily managed to capture Recreation in the background! The Man O’ Ross hotel was well patronised this Saturday afternoon.

The information centre has a wonderful display of luxurious merino garments and also houses the Tasmanian Wool Centre, celebrating the importance of wool in Tasmania. This centre receives over 70,000 visitors annually …. not bad for a town with a population of around 270 people! 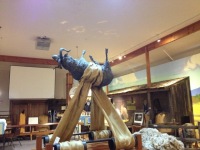 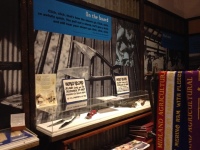 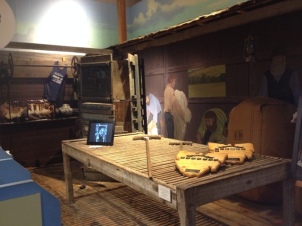 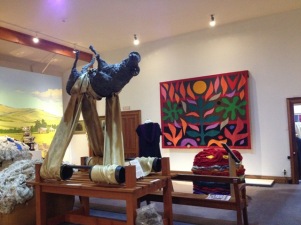 Only a few metres up the hill from the Information Centre is the Uniting Church, opened in 1885. Not by any means one of Ross’s oldest buildings but it is impressive sitting on the hill. 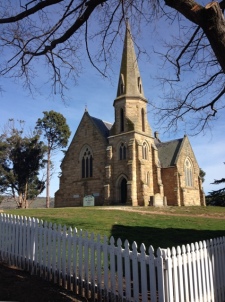 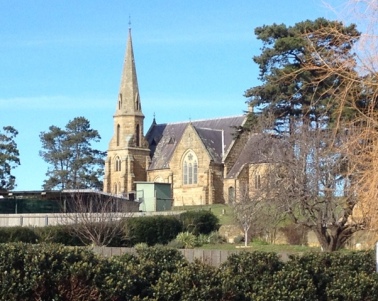 This view of the church was taken from the Ross Bridge

The Ross Bridge is arguably one of Australia’s finest historical monuments and really quite beautiful. After much delay, its construction was placed in the hands of two stone mason convicts who were promised a pardon if the bridge was successfully completed. They finished the bridge and received their pardon in 1836 after working on it for 15 months. Its unique feature is the 186 carved arch stones depicting Celtic symbols, animals and ‘notable personalities of the day’.

This first photo was taken a couple of weeks ago, on a dark, grey day I visited Ross. Yesterday, however, was sunny and clear and shows a totally different mood. 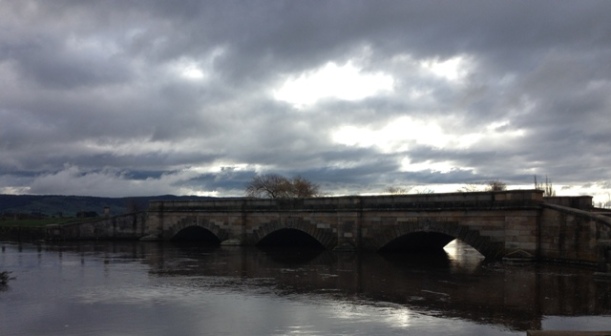 The southern side of the bridge 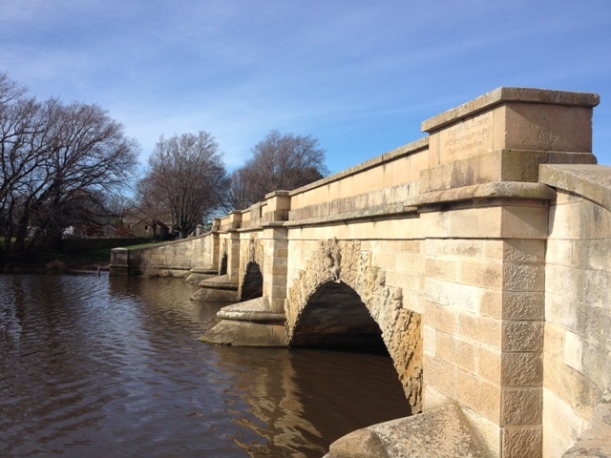 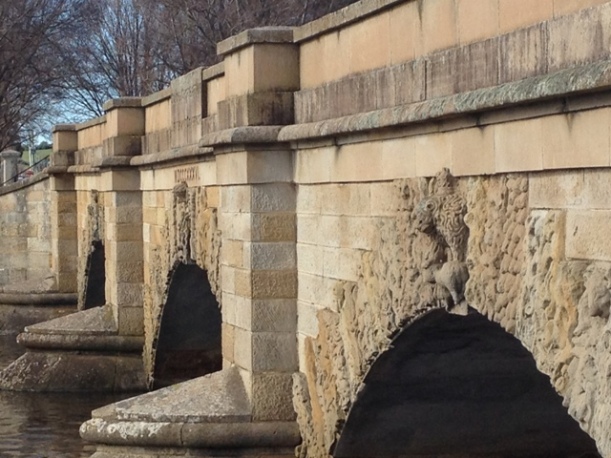 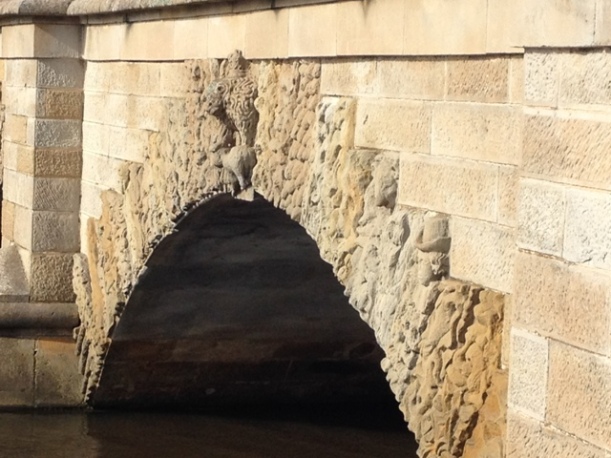 Detail of the carved arch stones 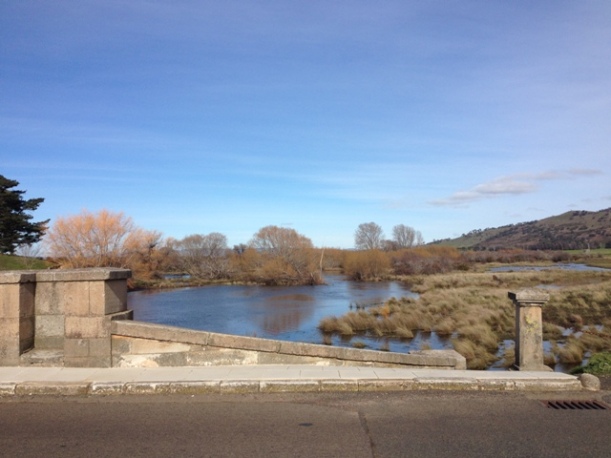 View to the south from Ross Bridge 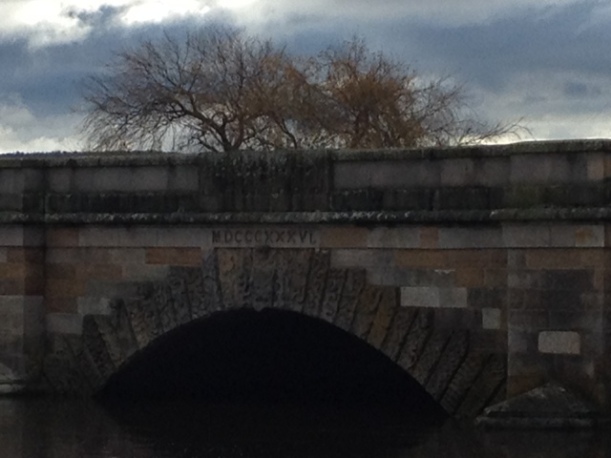 Can you decipher the date from the Roman numerals?

The ‘dark’side of Ross is its convict history and particularly the Ross Female Factory, one of five established across Tasmania. It operated for 7 years from 1848 to 1855 and in that time accommodated between 60 and 120 women at any one time. The women were typically unmarried and in their mid twenties but it was still necessary to have a nursery wing which catered for about 40 infants. There is only the overseer’s cottage left on site so it is hard to imagine the hive of activity this green grassy area would have been in the 1850’s. 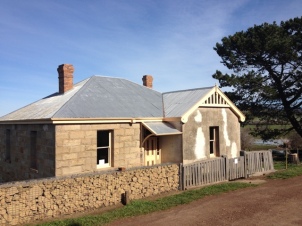 The only remaining building on the Female Factory Site 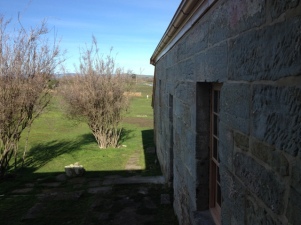 View from the overseer’s cottage

Model of the site in its hey day

Inside the cottage are story panels that provide some detail of the life at the time. 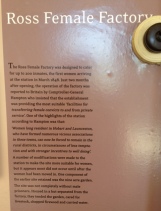 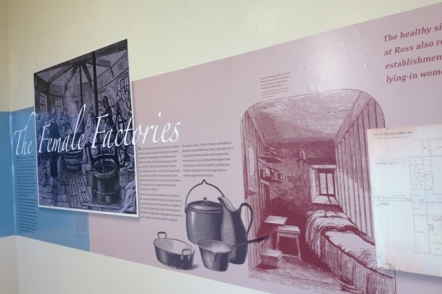 You don’t have to venture too far from the main street to discover the lovely old flat fronted homes so typically English. Here are just a few of the many that line the streets of Ross.

And no visit to an historic town would be complete without a visit to the local cemetry where gravestones mark the passage of time and tell the stories of local families. 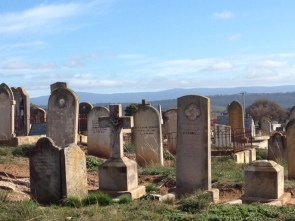 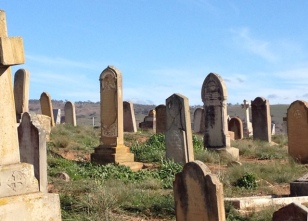 If you are travelling between Hobart and Launceston along the Heritage Highway take the 2km detour into Ross for all sorts of reasons – to discover its convict history, indulge yourself with a fine merino garment, buy a scallop pie from Bakery 31, eat one of the best vanilla slices you’ll ever have from the Ross Village Bakery , explore the antique shops and admire the well preserved old buildings. Your 2km detour will take you back in time as well as off the beaten track!