This constant heat could send you around the bend but I was saved from the worst of it by the cool waters of the Murray River as I made my way from Mildura to Echuca before heading north towards Forbes and our Solo Travellers Rally. All my Murray River camps were at a Bend, which isn’t hard when this old river loops around along its 2500kilometre journey from the mountains to the sea.

I found this map that highlights the areas that I camped. What a coincidence that it’s a map of the Murray River Wine Region. This time though I was more interested in water than wine – water of the swimming kind!

After leaving Broken Hill I travelled south about 250kms to Mildura. I found a wonderful spot on the river called Abbotsford Bend and stayed there 4 nights, with some active goannas keeping me amused during the day. There are no facilities here but it is free! 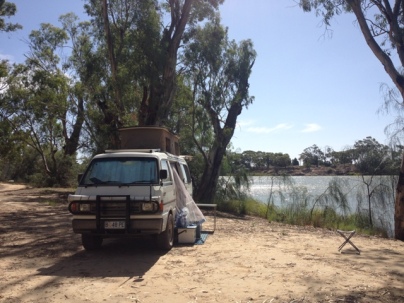 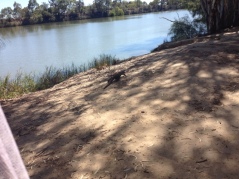 My next stop over was at Psyche Bend, the site of an old pump station on the Murray not far from Mildura. The last time I stayed here it rained and I had a very slippery trip back out to the main road but there has been considerable work done to the camp sites here with road base laid down and planting between the very large sites.Each site had a fire pit, too. There are still no facilities but there is also no charge to stay here. 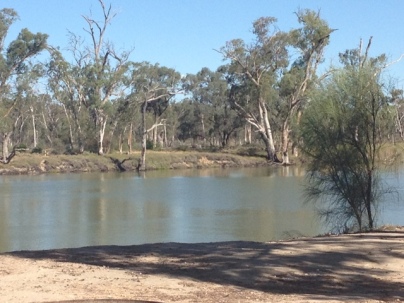 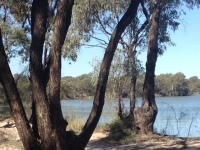 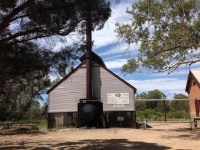 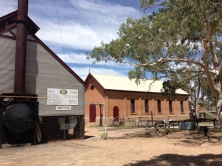 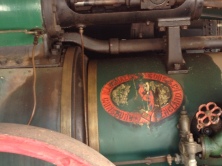 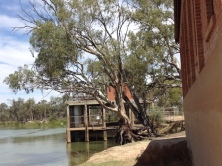 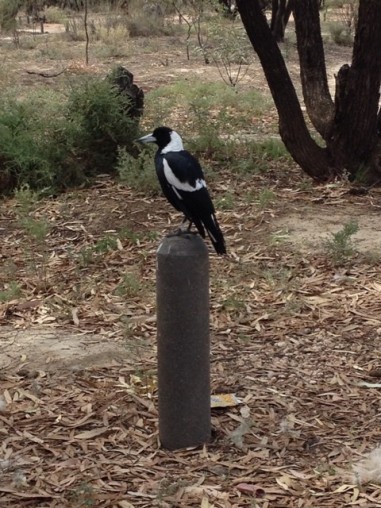 Beggs Bend was my next camping spot, near Robinvale. Once again another freebie, and another opportunity to cool down in the Murray River. No facilities here either but by now I know I have about 4 days use of my porta-loo before I need to find a black water dump point. So I stayed here another 4 nights! I just about lived in the water here as I parked the van at the water’s edge. A top spot! 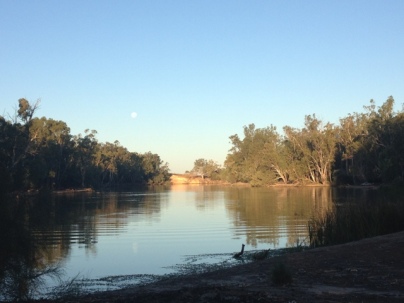 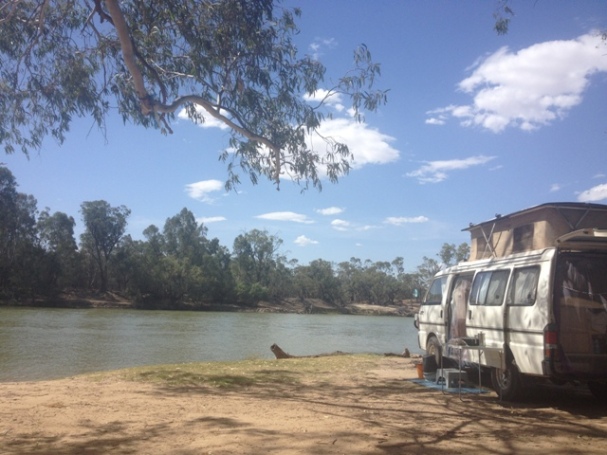 Swan Hill was my next main town and I was looking forward to catching up with Helen, who was my Dad’s home help when he was alive. Helen and I had always got on really well and her and her husband Paul were very caring. We had a great afternoon together and I’m looking forward to seeing them again on my way Tasmania later this year. I stayed at Lake Boga for a couple of nights while I was in this area. It was $7.50 a night with toilets and lovely hot showers (no power though). There is water in the lake now as they pump it in and it is used for irrigation in the area, finally making its way back to the Murray River.I captured this stunning sunset the first night I was there. 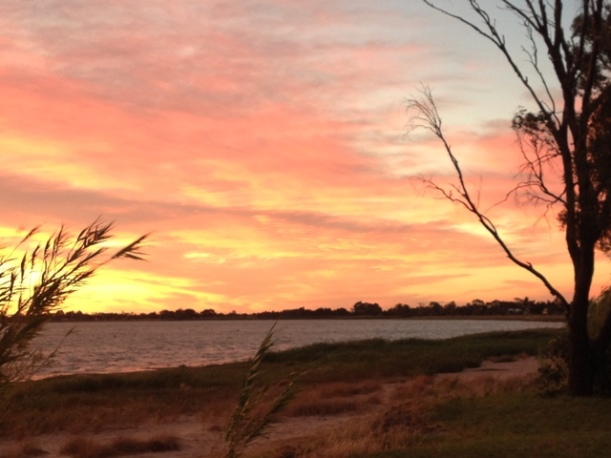 And now I’m back to the bends! This time it was Betha Bend, just out of Echuca. I only had one night here as I was on my way to Greens Lake to catch up with the couple I am house-sitting for in May, Elaine and Bob. Betha Bend is also a free camp and another very pretty spot to spend some time. 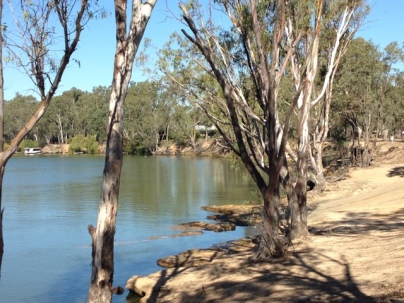 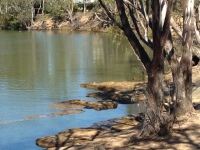 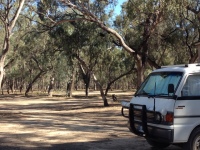 I am sure I would have gone around the bend if it hadn’t been for all these wonderful bends in the Murray River and the fact that they are so accessible to travellers like myself. I have a very lucky life!