After Pit Ponies in Collinsville I’ve continued the animal theme and have been dog-sitting in a couple of locations for fellow Solo travellers. My first jaunt was to Buderim on the beautiful Sunshine Coast where I looked after this little cutie, Chai, while her mum was in hospital. Chai is known as a Milky – a cross between a Maltese Terrier and a Silky Terrier. 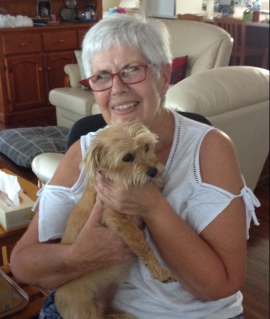 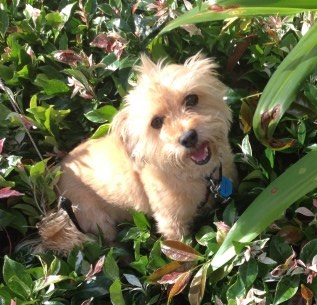 She’s pretty cute, isn’t she? It wasn’t easy to leave her when Lesley arrived home but she left me for dead when her mum walked in the door!

Christmas was spent in Bundaberg, my home base on the mainland – with nephew Simon (I call him my surrogate son as I never had children of my own – fortunately my sister is happy to share him with me), his lovely wife Sandy and their daughter Lauren. As they had booked a holiday to the Gold Coast I looked after the pets while they were away. Lily the cat and Lucy the dog let me know who was in control by lolling on MY bed, although they did leave just enough room for me to squeeze in too! 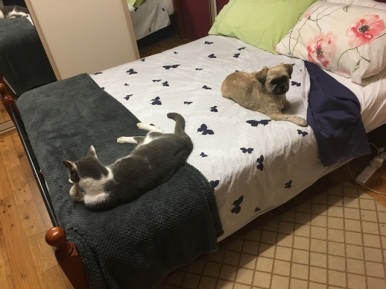 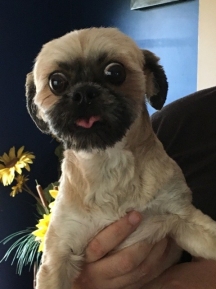 By the way – Lily the Cat is a male but that hadn’t been determined when he was named! Anyhow, he doesn’t seem to have a personality complex about his sexuality.

And now I’m at my third dog-sitting venture looking after this cheeky little devil, CJ! Once again, whose bed is it??? 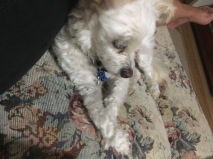 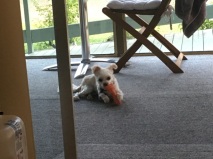 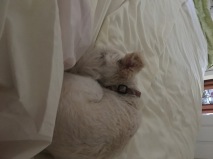 I have been looking after CJ for a month now and have another month to go before mum, Janet, returns from her trip to India, Vietnam and Cambodia. This house/dog sit is in a cabin in the Bingara Caravan Park in New South Wales. In my first year travelling (2013) I attended a Solos Rally in Bingara and loved the little town then and particularly the fantastic camping beside the Gwydir River. 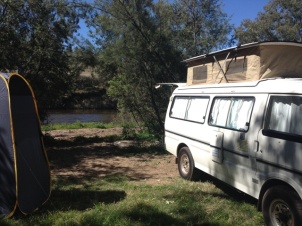 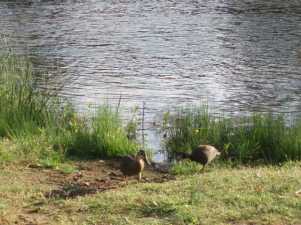 I’ve thrown myself into what Bingara has to offer and have been going to Aquafit classes 3 times a week at the swimming pool next to the Caravan Park and last week CJ and I visited Touriandi Lodge, an aged care facility on the other side of the CP to the pool. CJ was cuddled by everyone and fussed over and slept for hours when we came home. The next day we visited the hospital where once again he was made to feel very special. Funny about that, CJ was supposed to be making the residents and patients feel special! I’ve also been going to Wednesday coffee mornings with some of the locals so all in all I feel like I am a little part of the community.

There’s some really interesting information to tell you about Bingara and surrounds so I’ll do several short posts over the next couple of weeks. I’m looking forward to telling you about Sawn Rocks, Cunningham’s Track, the Roxy Theatre and the Myall Creek Massacre along with a couple of other quaint local customs.

PS: Thanks to an old friend Sam (Rudi) for prompting me to switch my brain back on and get back on The Snail Trail.