Yungaburra is situated in tropical north Queensland on the Atherton Tablelands. 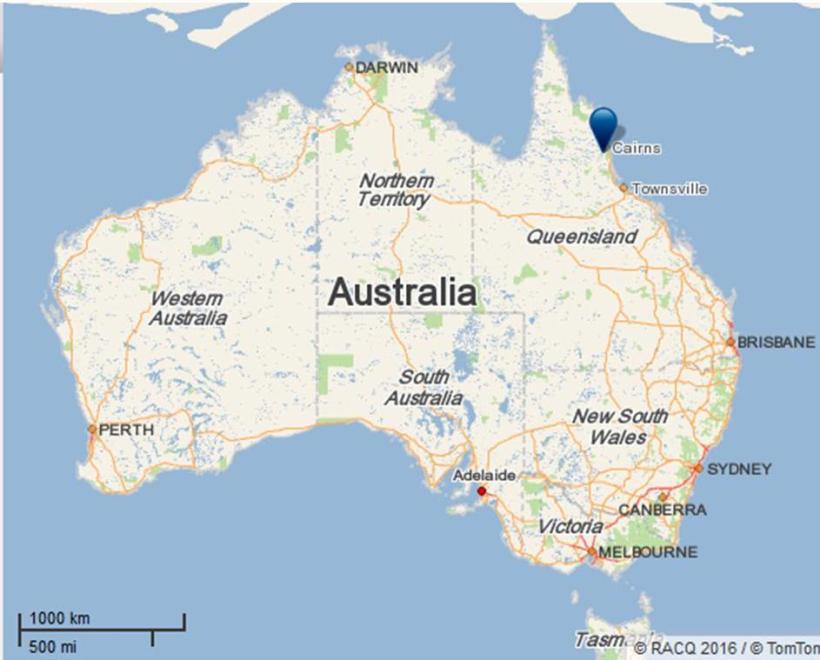 The majestic Curtain Fig Tree drew me to Yungaburra but when I got there I discovered so much more to see!

The large fig tree found in this park is unique because the extensive aerial roots, that drop 15m to the forest floor, have formed a ‘curtain’. Starting from a seed dropped high in the canopy, this strangler fig grew vertical roots, which gradually became thicker and interwoven. Over hundreds of years these roots have strangled the host causing it to fall into a neighbouring tree—a stage unique to the development of this fig. Vertical fig roots then formed a curtain-like appearance and the host trees rotted away, leaving the freestanding fig tree. The tree is thought to be nearly 50m tall, with a trunk circumference of 39m, and is estimated to be over 500 years old.

An elevated boardwalk protects the tree while allowing visitors uninterrupted views of the fig from all angles. 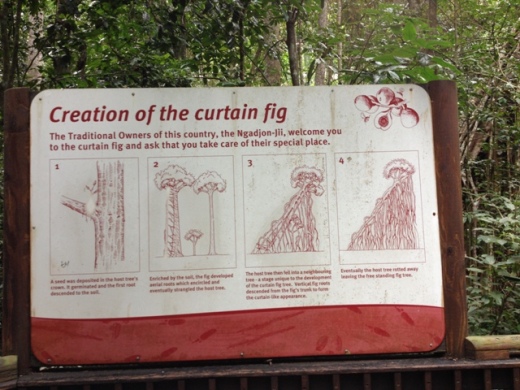 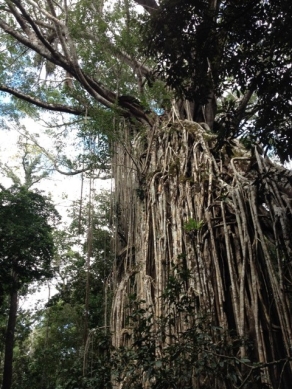 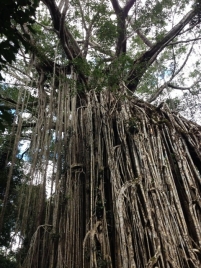 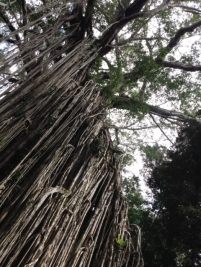 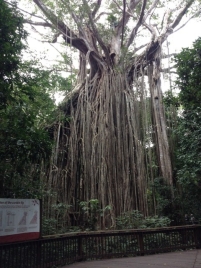 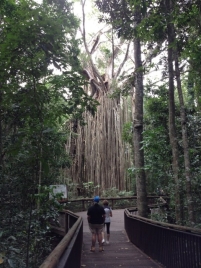 The village of Yungaburra is known as a Heritage Village with the old timber Yungaburra Hotel dominating the streetscape as you enter the town. There are old-fashioned buildings that house coffee and craft shops and it’s a pleasant walk around town with flowering baskets hanging in the streets adding to the tropical feel. 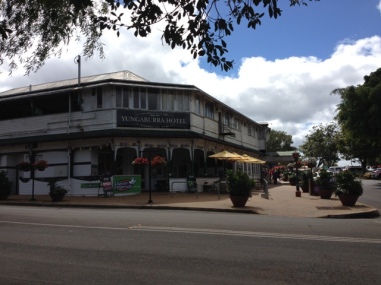 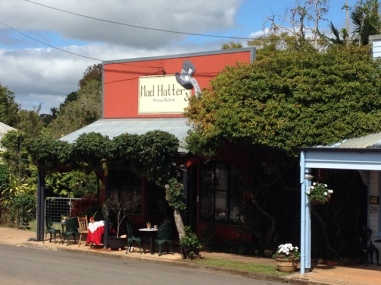 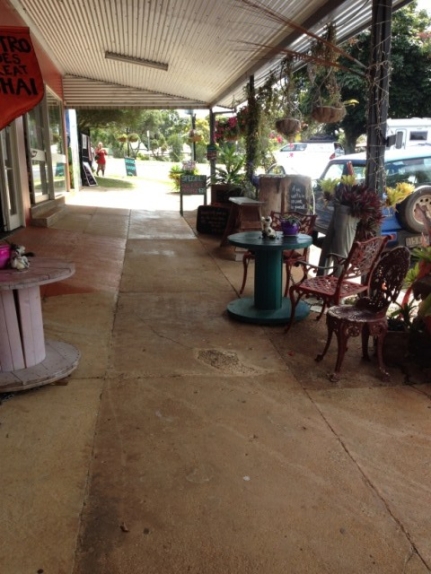 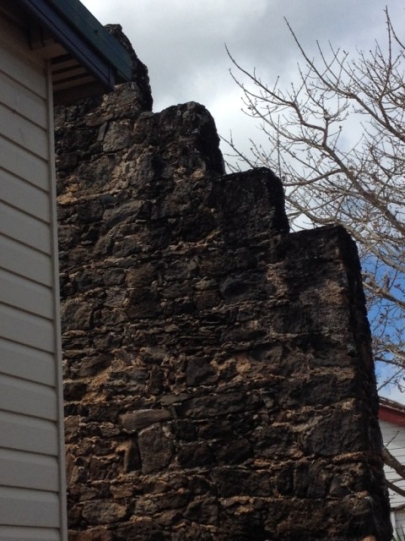 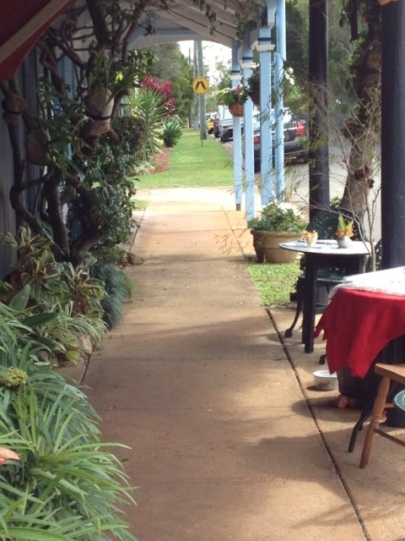 What was a surprising discovery was the Avenue of Honour for our troops that served in Afghanistan. It’s only a short drive out of Yungaburra on the shores of Lake Tinaroo and is an emotional tribute.

The Afghanistan Avenue of Honour is a living memorial dedicated to the memory of all who served in the fight against terror in Afghanistan and to those brave and selfless Australians who made the ultimate sacrifice in defense of freedom and liberty.

The Avenue symbolises the final journey home of the fallen, and preserves forever the gratitude and respect the nation bestows on all those to whom we owe a debt… that can never be repaid.

The Avenue follows the path of fallen Commando Ben Chuck’s Gun Carriage, July 1st 2010, and symbolises the ‘final journey home’ of the Fallen.

A plaque representing each fallen soldier is placed on an ‘Honour Board’ in close proximity to the Memorial. The landscape surrounds give visitors the opportunity to pause and reflect and a place to pay their respects. The emphasis of the Avenue is directed to the living, natural, free, open aspects of the trees, stunning location, pristine water views and the enhancement of the existing picturesque environment. 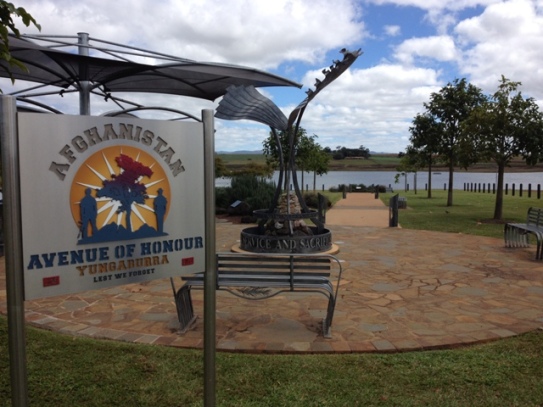 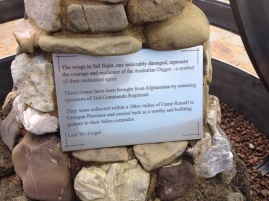 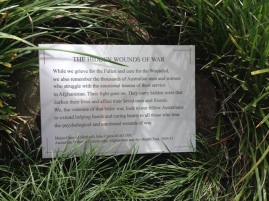 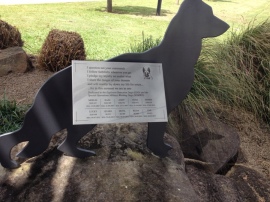 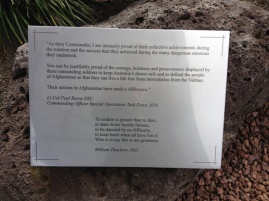 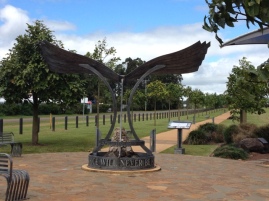 Unfortunately my timing wasn’t right to see a platypus from the special viewing platform but I guess that’s a good reason to return to Yungaburra and enjoy this heritage village on another occasion.

PS: On my way back to Atherton I called in to Gallo Cheese and Chocolate for a taste or two…. well worth the short detour and I came away with a tasty gorgonzola and a couple of lovely choccies as a treat. 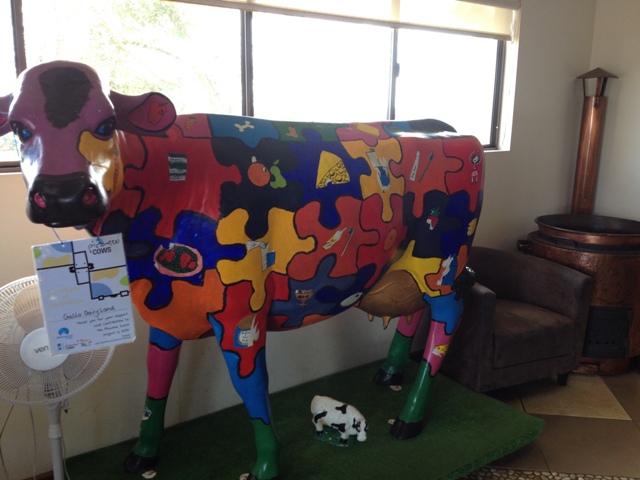 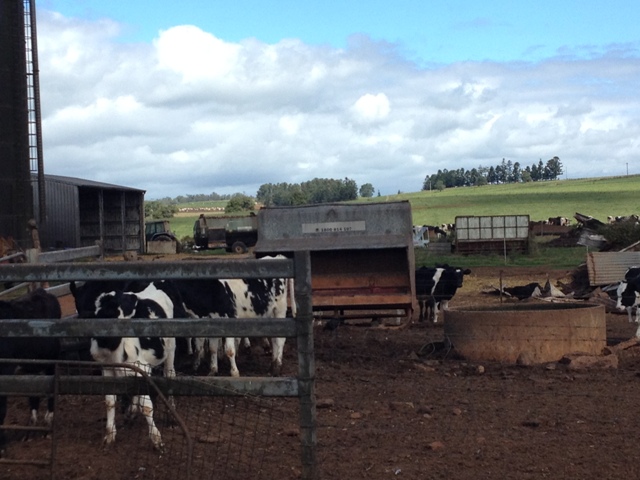 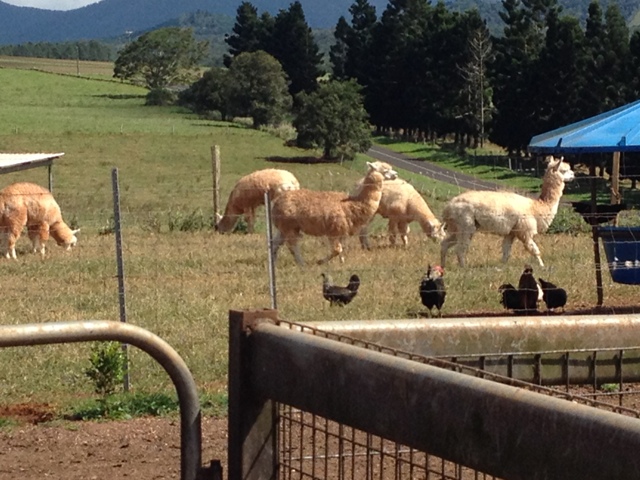 5 thoughts on “It’s curtains in Yungaburra!”