You’re probably thinking it’s taken me a long time to recover from our Forbes Solos Rally as it happened nearly 6 weeks ago, but truth is I have been enjoying my travels with some of the Solos since leaving there and blogging wasn’t on my mind. However, I’m now feeling guilty that I haven’t kept up to date so once again I’m playing catch up…..

Here’s where Forbes sits in the big Australian picture. And where it is in relation to more local landmarks. 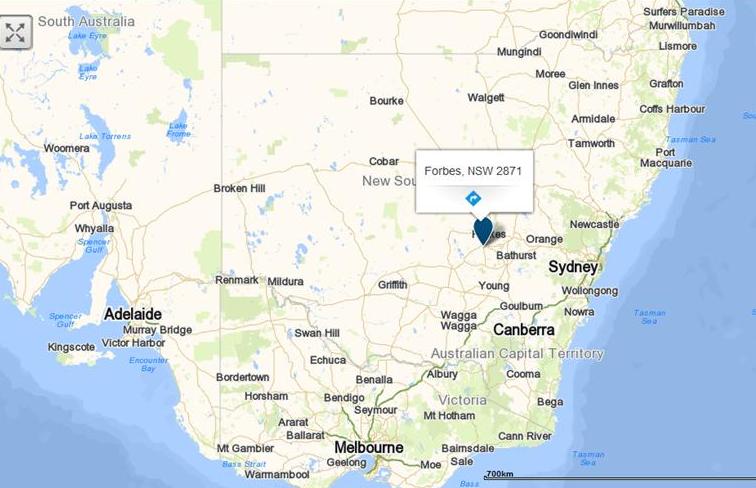 My last blog told of how hot the weather was and it certainly didn’t cool off for the first week or so in Forbes. The temperatures were consistently up in the mid-30 degrees Celsius which made for very hot days and uncomfortably warm nights. I was lucky to get a shady parking spot at the Rally Site which I was most grateful for.

This was the biggest Solos Rally I had ever been to, and I think it is the biggest ever held. There were around 320 motorhomes including 72 First Timers. When we left Forbes and our shopping dockets had been added up, we had spent nearly $100,000 in town – a massive boost to the economy of this country town.

This quick slide show is of a town tour we did that included an ‘art park’, some of the old buildings in town, our visit to the biscuit factory and then out to a local business, woolerina. ….

Most of the activties  though were back at the rally site, where Dave Applegate, the Rally Manager, and his intrepid team made sure we were on the go both day and night.

Our traditional Pet Parade saw pet owners vying for prizes in lots of different categories, although I thought Phil’s cat needed a special mention for Bravery.

One of the smallest entrants in the Pet Parade

Rainey with one of her very well trained Golden Retrievers 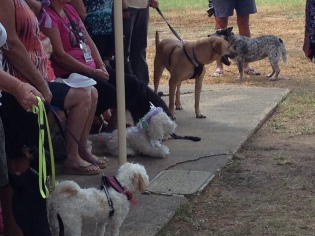 Lined up for the Pet Parade

Col Parry and his pooch

Kaye Bourke with Jilly and Oscar

Rock and Roll at our Concert night 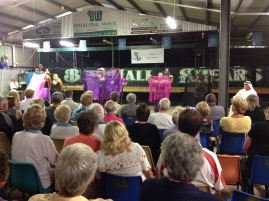 Belly Dancing at the Concert

Karin Kirk, in the purple, our Belly Dancing teacher.

Line Dancing at our Concert

The Poet’s Breakfast saw a program of talented Solos both writing and reciting their poetry. We also had a local gent perform a poem on horseback..

Local gent who performed at the Poets Breakfast 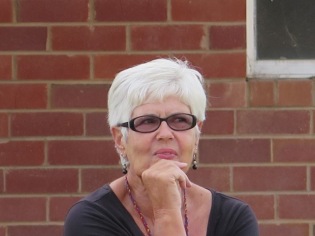 Listening to some of the great poetry at the Poets Breakfast

Market Day was well attended and our two crazy solos, Hilly and Ros, stirred up the crowd with their antics

Ros Edwards, what a clown!

And of course, our Dinner Dance ….. the theme at this rally was to dress as something starting with “F”……. look what we all came up with …..

Forbes used to be known as a quiet country town famous as the final resting place of the notorious bushranger, Ben Hall.  I think the 330 odd Solos that were welcomed to Forbes in March 2017 have left an indelible mark on this friendly town and they will be talking about us for a while to come….. perhaps not as long as Ben Hall but in a much more positive way!

One thought on “Fun at the Forbes Solos Rally”