With Brutus going like a dream I started my journey along the Great Ocean Road towards Melbourne. Not far out of Portland there was an amazing wind farm and I took the opportunity to stop and have a look. It was also a good time to ring Peter Cleary, who fixed Brutus, and tell him how happy I was with the way he was going. I don’t think people make the effort to say “Thank You” often enough and Peter’s reaction made this simple gesture so worthwhile! 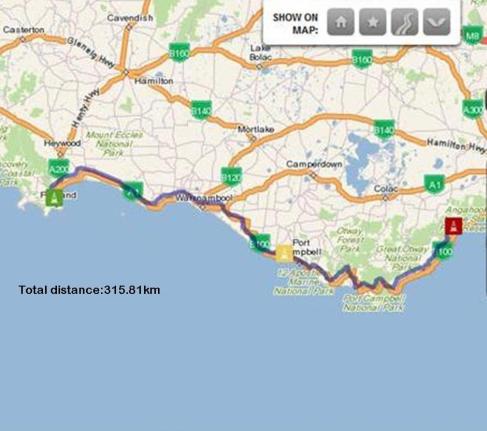 My first stop on the way was Port Fairy and what a magic place it was. It probably helped that the sun was shining and there was some warmth in the air after several cold rainy days, but the old buildings and the village atmosphere of the town really made it for me.

The next main town was Warrnambool but I only did the tourist thing here and went up to the lookout. After all the rain over the last few days everything looked wonderful in the sunshine. 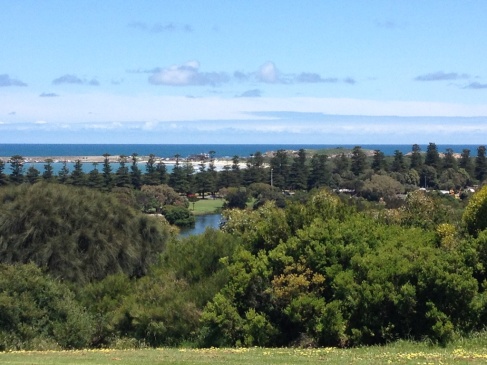 I’d forgotten how steep and winding this road is as it is several years since I had been on it, so thank goodness Brutus has been fixed or I don’t think I would have made it. I stopped at a lookout over the Bay of Islands and this sort of scenery is what the Great Ocean Road is all about. Simply awe-inspiring!

When I left Port Fairy I had planned to stay at Johanna Beach, one of the few free camps along the Great Ocean Road but I desperately needed to wash all my warm clothes and the closest Laundromat was in Apollo Bay so I stayed on the main road thinking I would go back to Johanna. The road was so hilly and winding that I soon changed my mind about that and while the washing was happening I checked out my Camps book and decided on Big Hill for the night. This took me off the Great Ocean Road at Lorne and I finally arrived to set up camp. There were already a couple of vans there and it wasn’t a very big camp site but it soon turned into a parking lot! 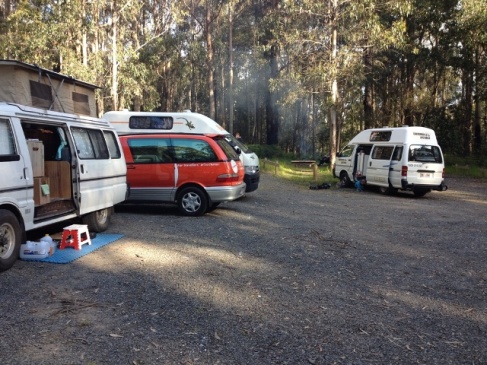 I ended up spending a couple of nights at Big Hill as the crowd left early in the morning and it was very peaceful and relaxing then. I experienced my first toilet paper theft here and couldn’t believe it as I listened to someone reeling off the paper. Next time I went to the loo, sure enough, there were 2 empty toilet roll holders! Why would anyone do this? Toilet rolls are only about 50c each – and you get much better quality paper than what’s provided in public toilets!

The road from Big Hill led me through Deans Marsh to Winchelsea, where I crossed the Princes Highway and headed towards Inverleigh on the Hamilton Highway where there was camp on the river right on the edge of town. There are no facilities there but toilets are available only a short walk over the bridge back to town. 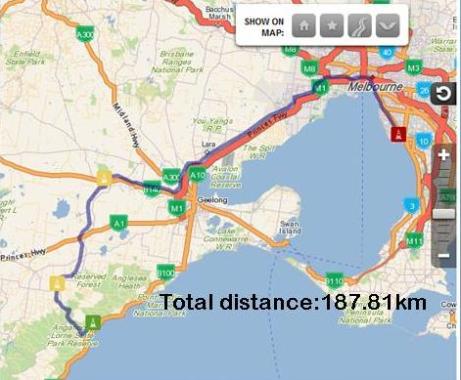 Deans Marsh was just a little ‘one side of the road’ town, but on the other side they had these amazing carvings. It’s really surprising what you come across in some out of the way places.

I arrived at Inverleigh on a Monday and rang my friend in Melbourne, Kristina, who I was going to visit and she insisted I keep driving and stay at her place for the next couple of nights. This was a very welcome invitation as I was ready for some home comforts, a hot shower, and the company of a good friend. It was exciting being with Krissi at this time as she was having her first Art Exhibition on the Wednesday night and I was able to help her out with the catering – and keep her reasonably calm as the big night approached.

Her exhibition was at AGRA gallery in Camberwell (Australian Guild of Realist Artists I think it is the acronym for). Kristina was exhibiting with a painting partner, Joan, and the gallery looked fantastic. Their show was called Chalk and Cheese as their styles are very different. On the night 8 red sold dots went up on Krissi’s paintings, which was very exciting – and very rewarding for Kristina who was worried no-one would like her works after all the effort she had put in. She has only recently discovered her talent for drawing, too, and these little ones with a touch of red could have been auctioned they were so popular. 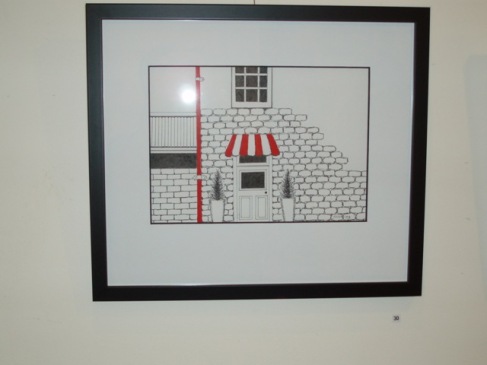 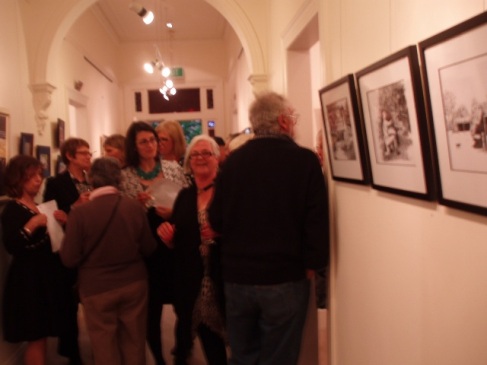 Thursday it was time to hit the road again – I was off to visit my Aunty Mollie in Sale. Kristina gave me directions to get out of Melbourne but told me I needed to be on the South Gippsland Highway when in fact I should have been on the Princes Highway. Trusting Kristina implicitly I kept overriding my GPS, which was really trying to put me on the right road. When I finally gave up arguing with it, I stopped the van, pulled out a map and discovered I was really going the long way round. When you travel like this I’ve decided there is no wrong road, only an alternate route and my alternate route today took me over the Strzelecki Ranges. How lucky was I to discover this area by accident! Apart from once again driving on steep and winding roads the view of the countryside was just beautiful. Unfortunately there were very few places to stop for photos so I’ll just have to keep them in my mind – and you need to do the drive to see it for yourself.

As I had definitely added a few hours to my trip I decided to stay at the Rosedale free camp that night. There were a couple of motorhomes there when I pulled in and I got chatting to Dennis and Peggy from Tasmania who were on their way home from the CMCA Narrabri Rally. It turns out they know another Tassie friend of mine, Richard. Small world! Or is it just that Tasmania is small??

When I turned up the next day to see Aunty Mollie I also caught up with my Uncle Charles and his daughter Tracy who was visiting her. 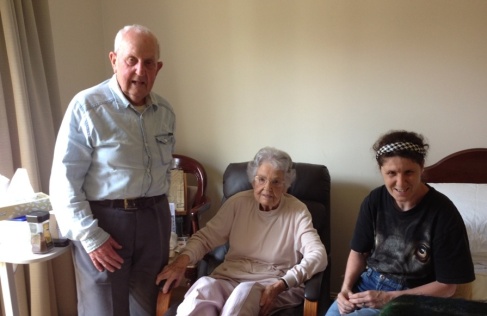 Mollie turned 95 this year and has only recently moved out of her own home to a Retirement Home. Both my mother’s and father’s side of the family generally live well into their 90’s so I think I have a long retirement ahead of me. Mind you, they probably lived a much healthier life than I have done so I’m not going to count on it. To be on the safe side I make the most of every day!

Well, I’m off to visit another old school friend, Russell, who lives on the edge of the Bogong High Plains. He tells me that in his part of the world the mountains may not be the highest in the world, but they are the closest to heaven!