I wonder if it’s like what they say about child birth – once it’s over you forget the pain…..

The heat and the flies made my journey across the Nullabor painful. I have been shut up in my little campervan before because of wind and rain and now I can add to that – FLIES! They drove me insane! So looking my glamorous best I bought a fly net and took a ‘selfie’ to share with you. It was impossible to be outside without it – the flies got in your eyes, ears and nose, and mouth if you opened it at the wrong time!

So here’s my trip across the Nullabor.

I was so lucky that Grahame & Judy travelled about the same pace as me so even though we hadn’t planned it we spent most nights at the same camping spot. I left Koonibba on March 31 and stopped at Nundroo that night and then the 10km Peg camp just before the WA border. Like everyone else there we were cooking up our vegetables so we didn’t have to declare them at the border.

I did some of the ‘must see’ things and gladly paid my $7 to use the walkways at the Head of the Bight. 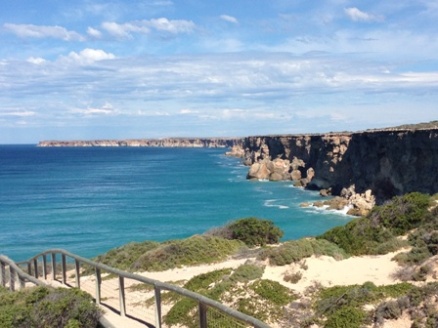 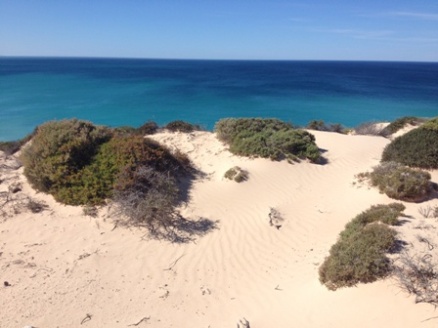 It was so hot this day that I had rivers of perspiration running down my face – and every other part of my body – and used my air-con for about the 3rd time since I had owned Brutus. About an hour later though there was a cooler change and it made travelling a lot more pleasant.
I also drove out to the Bunda Cliffs – blowing a gale off the sea but at least it blew the flies away!

This is the view from Madura Pass and is a perfect illustration of the Nullabor being a ‘vast, treeless plain’.

On April 2, I finally crossed the border into Western Australia and camped the night near Cocklebiddy. Grahame and Judy were going to stay on at the 10km peg camp for another couple of days so we bid a fond farewell. Their company had been so appreciated on this trip.

Here’s a couple more pics of sights along the way.

I felt like I had finally ‘arrived’ when I got to Norseman on April 3, yet I know there is still a long way to go before I reach Secret Harbour at the end of April – and I want to see as much as I can of the South-East corner of WA while I am here. 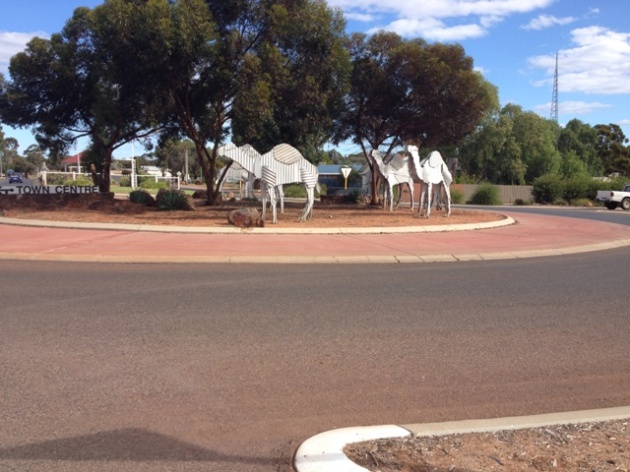